Indoor Cooking with a Twist 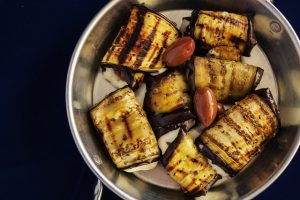 Mimosas With Mama: The Most Fabulous Brunch Event On The Hill!

The Hill’s Fiercest Brunch Event, “Mimosas With Mama’ Premieres to a Packed House! Check out a photo recap of the premiere Seattle event Right Here!

‘Mimosa’s’ host, The One And Only Mama Tits, was at the top of her game as she wowed the the cheering audience with a variety of numbers in her trademark pink ensembles. Mama was joined by the shock drag stylings of her Drag Daughter, Ursula Major, Seattle’s Divine Diva, as well as the brilliantly nostalgic Vera Vera Ahndahvahl. But the most touching moment came as the always fabulous Aleksa Manilla (making a guest appearance) serenaded a loving couple in the back with ‘I Don’t Want To Miss A Thing’, a dedication request for an unsuspecting, and clearly moved partner. Needless to say, hollandaise sauce wasn’t the only thing on the napkins as Aleksa left the stage.

Praise for the event was immediately saturating social media. Reigning Mr. Gay Seattle, Alexander Mentele proclaims; “The show keeps the audience well connected, and The Iconic Grill on Broadway has one of the best brunches on The Hill!”, while Drag personality Olivia LaGarce raves “Mama Tits puts on a hell of a show, with the help of an amazing cast. I love it!”. The Hill’s party trailblazer DJ Skiddle tells us; “I’ve found my new hangover cure!” and fashionista Adaam King adds; “Mimosas With Mama is hands down the best hangover cure and most fun Sunday show in the city!”